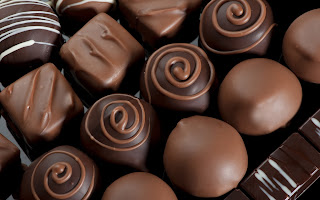 I was soon appraised of the subject of their conversation, as, calling to Sola, Tars Tarkas signed for her to send me to him. I had by this time mastered the intricacies of walking under Martian conditions, and quickly responding to his command I advanced to the side of the incubator where the warriors stood.

As I reached their side a glance showed me that all but a very few eggs had hatched, the incubator being fairly alive with the hideous little devils. They ranged in height from three to four feet, and were moving restlessly about the enclosure as though searching for food.
As I came to a halt before him, Tars Tarkas pointed over the incubator and said, "Sak." I saw that he wanted me to repeat my performance of yesterday for the edification of Lorquas Ptomel, and, as I must confess that my prowess gave me no little satisfaction, I responded quickly, leaping entirely over the parked chariots on the far side of the incubator. As I returned, Lorquas Ptomel grunted something at me, and turning to his warriors gave a few words of command relative to the incubator. They paid no further attention to me and I was thus permitted to remain close and watch their operations, which consisted in breaking an opening in the wall of the incubator large enough to permit of the exit of the young Martians.

On either side of this opening the women and the younger Martians, both male and female, formed two solid walls leading out through the chariots and quite away into the plain beyond. Between these walls the little Martians scampered, wild as deer; being permitted to run the full length of the aisle, where they were captured one at a time by the women and older children; the last in the line capturing the first little one to reach the end of the gauntlet, her opposite in the line capturing the second, and so on until all the little fellows had left the enclosure and been appropriated by some youth or female. As the women caught the young they fell out of line and returned to their respective chariots, while those who fell into the hands of the young men were later turned over to some of the women.

I saw that the ceremony, if it could be dignified by such a name, was over, and seeking out Sola I found her in our chariot with a hideous little creature held tightly in her arms.

The work of rearing young, green Martians consists solely in teaching them to talk, and to use the weapons of warfare with which they are loaded down from the very first year of their lives. Coming from eggs in which they have lain for five years, the period of incubation, they step forth into the world perfectly developed except in size. Entirely unknown to their mothers, who, in turn, would have difficulty in pointing out the fathers with any degree of accuracy, they are the common children of the community, and their education devolves upon the females who chance to capture them as they leave the incubator.

Their foster mothers may not even have had an egg in the incubator, as was the case with Sola, who had not commenced to lay, until less than a year before she became the mother of another woman's offspring. But this counts for little among the green Martians, as parental and filial love is as unknown to them as it is common among us. I believe this horrible system which has been carried on for ages is the direct cause of the loss of all the finer feelings and higher humanitarian instincts among these poor creatures. From birth they know no father or mother love, they know not the meaning of the word home; they are taught that they are only suffered to live until they can demonstrate by their physique and ferocity that they are fit to live. Should they prove deformed or defective in any way they are promptly shot; nor do they see a tear shed for a single one of the many cruel hardships they pass through from earliest infancy.
01:43
daly carino
Foods
Envoyer par e-mailBlogThis!Partager sur TwitterPartager sur Facebook