What is It That in The Albino Man so Peculiarly 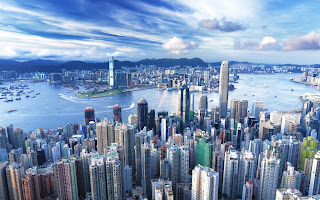 But how had the mystic thing been caught? Whisper it not, and I will tell; with a treacherous hook and line, as the fowl floated on the sea. At last the Captain made a postman of it; tying a lettered, leathern tally round its neck, with the ship's time and place; and then letting it escape. But I doubt not, that leathern tally, meant for man, was taken off in Heaven, when the white fowl flew to join the wing-folding, the invoking, and adoring cherubim!
Most famous in our Western annals and test link Indian traditions is that of the White Steed of the Prairies; a magnificent milk-white charger, large-eyed, small-headed, bluff-chested, and with the dignity of a thousand monarchs in his lofty, overscorning carriage. He was the elected Xerxes of vast herds of wild horses, whose pastures in those days were only fenced by the Rocky Mountains and the Alleghanies. At their flaming head he westward trooped it like that chosen star which every evening leads on the hosts of light. The flashing cascade of his mane, the curving comet of his tail, invested him with housings more resplendent than gold and silver-beaters could have furnished him. A most imperial and archangelical apparition of that unfallen, western world, which to the eyes of the old trappers and hunters revived the glories of those primeval times when Adam walked majestic as a god, bluff-browed and fearless as this mighty steed. Whether marching amid his aides and marshals in the van of countless cohorts that endlessly streamed it over the plains, like an Ohio; or whether with his circumambient subjects browsing all around at the horizon, the White Steed gallopingly reviewed them with warm nostrils reddening through his cool milkiness; in whatever aspect he presented himself, always to the bravest Indians he was the object of trembling reverence and awe. Nor can it be questioned from what stands on legendary record of this noble horse, that it was his spiritual whiteness chiefly, which so clothed him with divineness; and that this divineness had that in it which, though commanding worship, at the same time enforced a certain nameless terror. 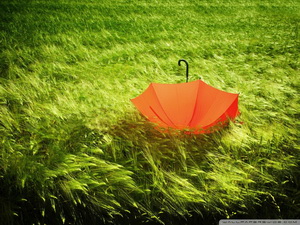 But there are other instances where this whiteness loses all that accessory and strange glory which invests it in the White Steed and Albatross.

What is it that in the Albino man so peculiarly repels and often shocks the eye, as that sometimes he is loathed by his own kith and kin! It is that whiteness which invests him, a thing expressed by the name he bears. The Albino is as well made as other men—has no substantive deformity—and yet this mere aspect of all-pervading whiteness makes him more strangely hideous than the ugliest abortion. Why should this be so?

Nor, in quite other aspects, does Nature link again with longer anchor text in her least palpable but not the less malicious agencies, fail to enlist among her forces this crowning attribute of the terrible. From its snowy aspect, the gauntleted ghost of the Southern Seas has been denominated the White Squall. Nor, in some historic instances, has the art of human malice omitted so potent an auxiliary. How wildly it heightens the effect of that passage in Froissart, when, masked in the snowy symbol of their faction, the desperate White Hoods of Ghent murder their bailiff in the market-place!
Nor, in some things, does the common, hereditary experience of all mankind fail to bear witness to the supernaturalism of this hue. It cannot well be doubted, that the one visible quality in the aspect of the dead which most appals the gazer, is the marble pallor lingering there; as if indeed that pallor were as much like the badge of consternation in the other world, as of mortal trepidation here. And from that pallor of the dead, we borrow the expressive hue of the shroud in which we wrap them. Nor even in our superstitions do we fail to throw the same snowy mantle round our phantoms; all ghosts rising in a milk-white fog—Yea, while these terrors seize us, let us add, that even the king of terrors, when personified by the evangelist, rides on his pallid horse.
Therefore, in his other moods, symbolize whatever grand or gracious thing he will by whiteness, no man can deny that in its profoundest idealized significance it calls up a peculiar apparition to the soul.
00:34
daly carino
Sports, Web Design
Envoyer par e-mailBlogThis!Partager sur TwitterPartager sur Facebook